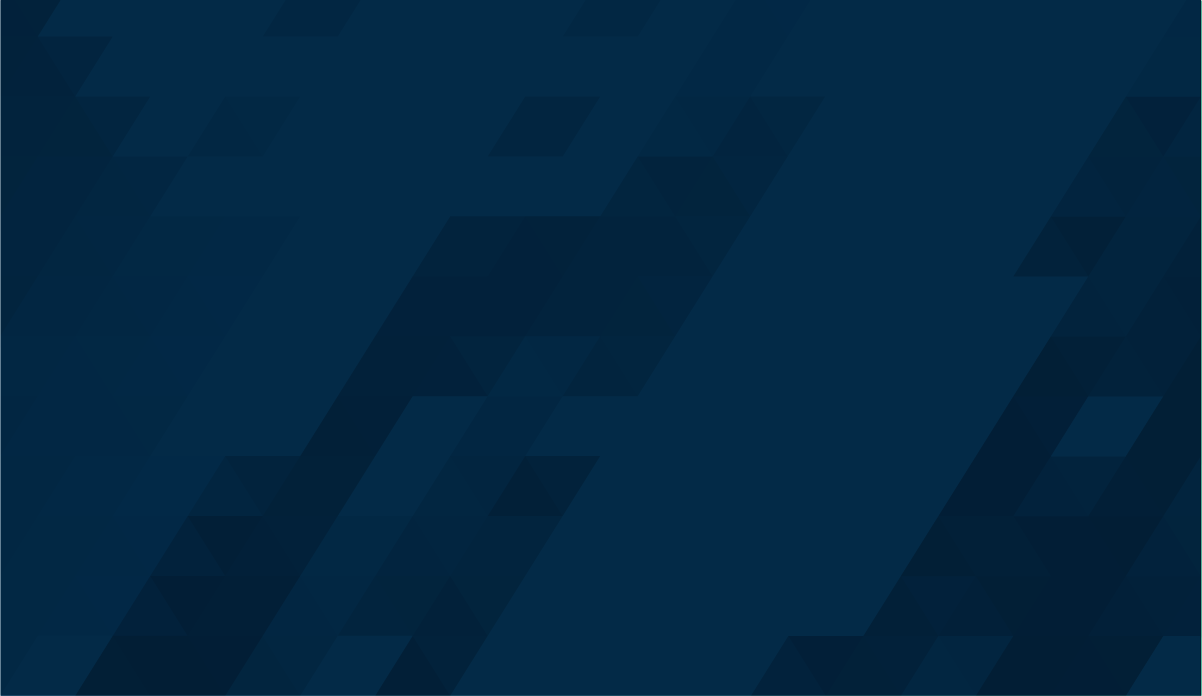 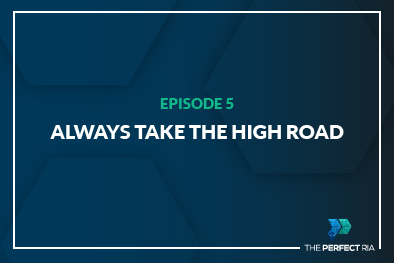 Matt and Micah give their two cents on what reputation and accountability mean in the professional realm.

For some, reputation is just a word that gets thrown around a lot, but does not carry much weight in the real world. In this episode of the Perfect RIA, both Matthew Jarvis and Micah Shilanski both know how dangerous that mentality can be. With eye-opening examples of just how important one’s character and name really is, both hosts give listeners a reason to pay more attention to the integrity of our business practices, and how often or not we walk the extra mile to right any mistakes we have made. For as Warren Buffet so famously said, “It takes 20 years to build a reputation and five minutes to ruin it.”

Now, if you are prone to anxiety or are very worried about how others perceive you and the image you give off in the professional realm, listening to this podcast will certainly help alleviate some of those stressors. This is because both Matt and Micah have very simple solutions for how to go about saving face and securing a solid rep in the workforce. Because, to be honest, that Warren Buffet quote is actually kind of terrifying to think about; but according to our hosts, as long as we take the high road, we have nothing to worry about.

So, what does it mean to “take the high road”? It’s actually pretty simple. According to our hosts, whenever a mistake is made and accountability needs to be established quickly, do not play the blame game; instead, just pay the fee. When you don’t include the client in a very convoluted game of “who owes who?” then you automatically gain some credibility in your network. In line with the Harry Beckwith book— Selling the Invisible —that our hosts reference in this episode, you are essentially “selling trust” to your clients. And because word of mouth travels from client to their networks, and your brand is bolstered by the fact that instead of making sure you paid the fair amount of money in whatever situation that arose, you went above and beyond for your client. On paper, this concept is the easiest and simplest way of conducting business. Sure, it’s more expensive, but you will reap benefits in how you are seen. And plus, as far as legalities go, it is easier when dealing with the IRS and other institutions; if you just refund a whole pay period, instead of getting out the magnifying glass and attempting to account for every penny, it is much easier in the long run. Those you work with will appreciate it as well: financially and psychologically.

To further explain, we can look at just a few brief examples of this principle that arise during this podcast episode. The first being from Matt Jarvis where he explains that instead of nitpicking and being anal retentive about every fee that is owed from customers who suddenly ask for a refund, he says this: “Whether we’re one day into the quarter or 60 days into the quarter, we refund the entire fee just to take that high road.” This simplifies everything, and the character of his firm isn’t sacrificed for a few extra dollars. This goes in line with his anecdote at the start of the talk, where he felt he was taken advantage of by a firm that charged him $2,200 for “services rendered” despite his impression that they should have actually paid him money for the extremely poor work they did for him, as well as the time they wasted. Micah also exemplifies this practice in his day-to-day operations because he has learned as Matthew has, the importance of reputation. He tells listeners that back during his tax preparation days, anytime there was a mistake that was made, he always just swallowed the penalties. This excerpt from the episode explains his thought process on the issue: “Did the client not give me the document. Did I miss the document? We could go back either way but it was like, ‘Nope, I’m gonna eat it.’  I paid the penalty and it was under my tax preparation hat.” And this type of practice has made all the difference for both of them.

So, once again, take the high road with your clients and gain a solid rep. And as always, to get a more comprehensive overlay of what this concept means, listen along with those at the Perfect RIA studio as they explain the aforementioned concepts in a more profound manner. Because of course, there is something about actually listening and hearing the back-and-forth between both Matt and Micah that takes this material to the next level. 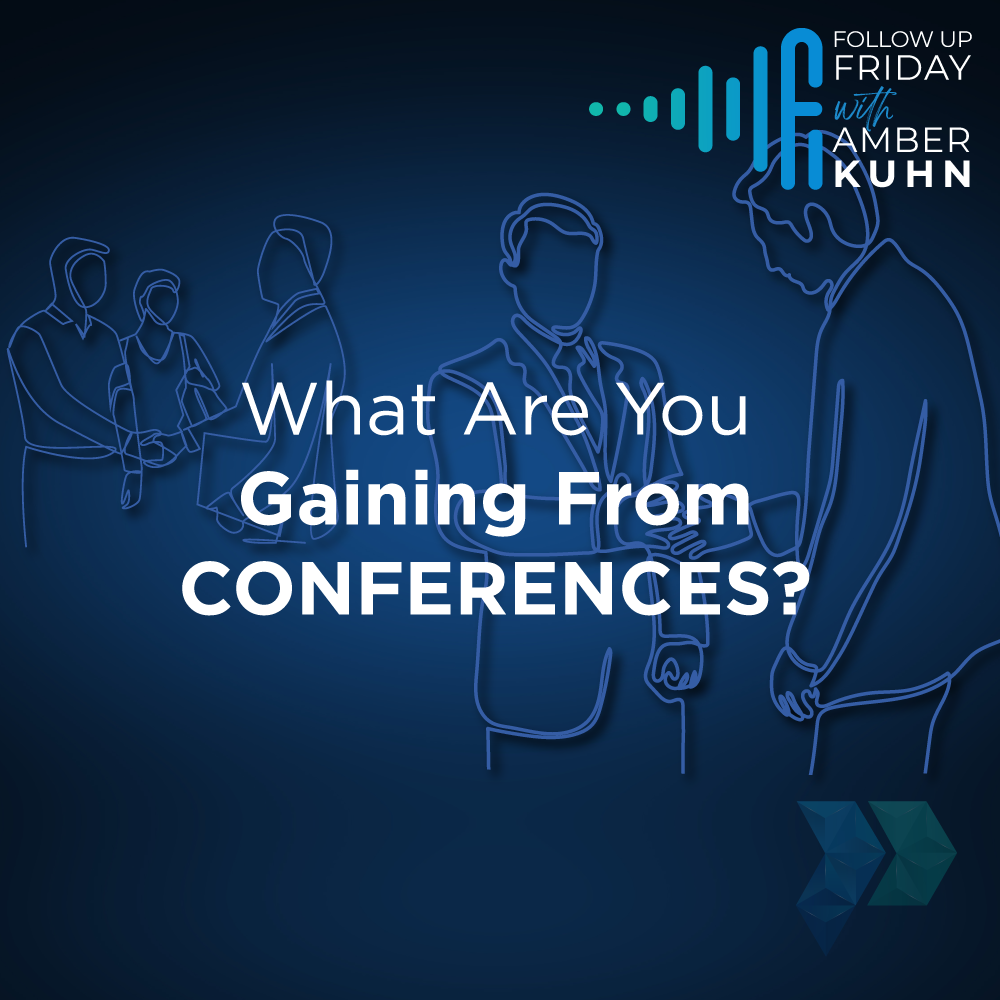 Follow Up Friday – What Are You Gaining From Conferences? 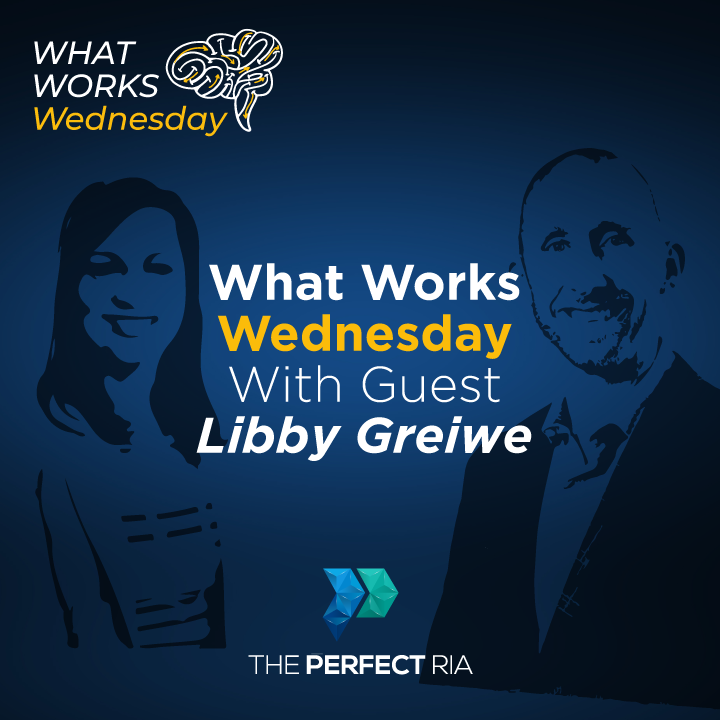 Learn the processes Libby put in place to be able to work fewer hours and make more money. 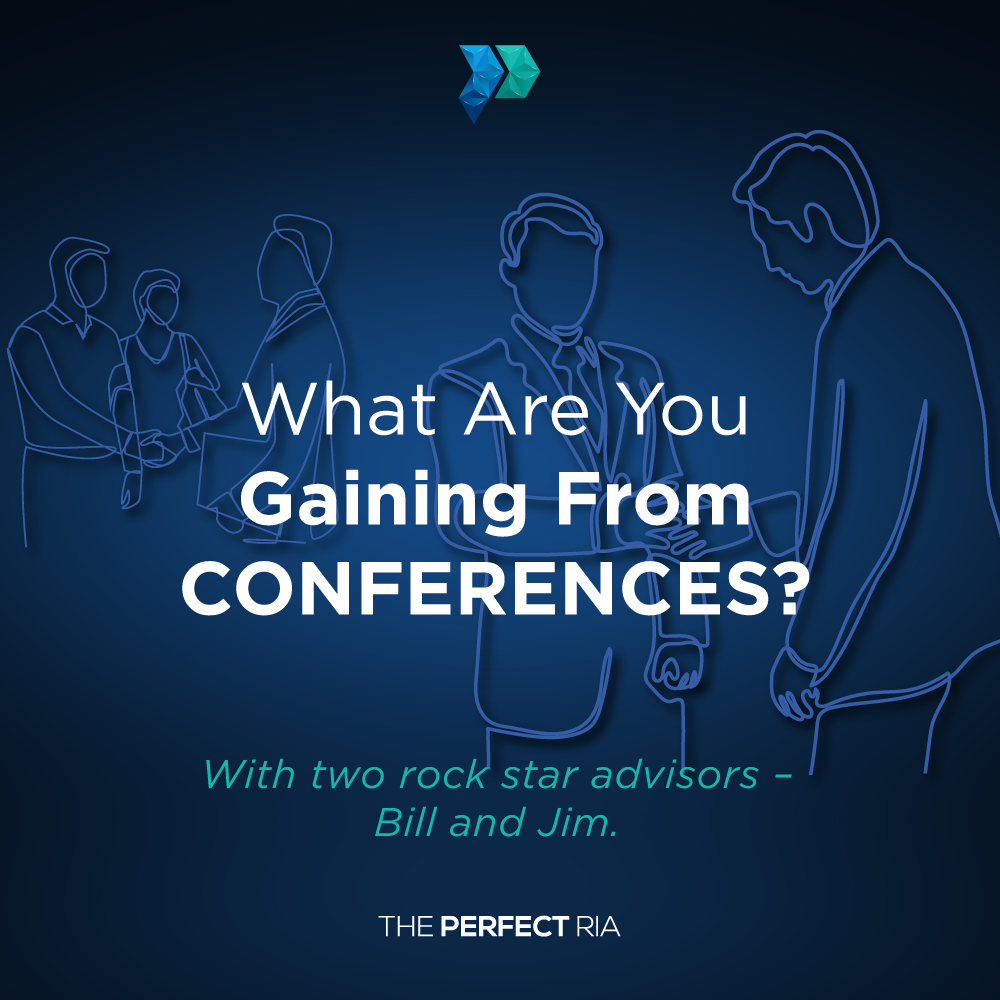 What Are You Gaining From Conferences? [Episode 157]